In New York, Michael Horodniceanu has led everything in transportation, including the Traffic Police, and has coordinated various subway projects worth tens of billions of dollars in New York. Now, he is to work with Nicușor Dan to improve traffic conditions in Bucharest.

Michael Horodniceanu is now Professor & Chair of the Institute of Design & Construction Innovation Hub , part of the Dept. of Civil and Urban Engineering at NYU Tandon School of Engineering. 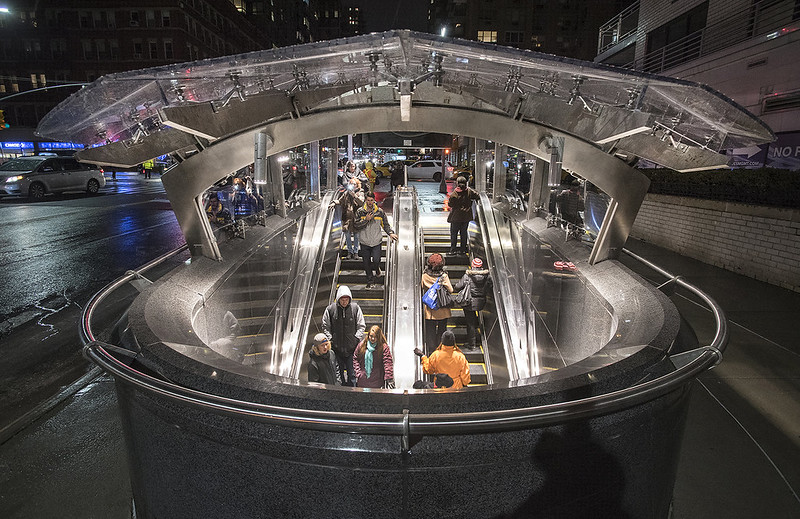 The 96th Street station on the Second Avenue line of the New York subway, a project coordinated by Michael Horodniceanu, was inaugurated on December 31, 2016 Photo: Metropolitan Transportation Authority of New York State

But his story started in Bucharest, the city where he was born on the 4th of August 1944. The professor says that it is here where he developed the cultural background and the education that helped him succeed in life.

„I grew up in Romania until the age of 16. I went to Mihai Viteazu High School and, starting from the seventh grade, I attended the Caragiale High Sschool. These were my formative years in which I developed friendships that continue to this day. The cultural background and the education I got during those years stayed with me all my life. In May of 1961. I emigrated from Romania with my parents to live in Israel. It was a huge change, a cultural shock. I was in a new country and I had to add two new languages, Hebrew and English, to my linguistic repertoire (Romanian and French)”, Dr. Horodniceanu says.

Active participant in the Six-Day War

But, in spite of all the changes, he adapted quickly. After graduating from high school, he completed two and a half years of military service in the Israeli army. The Six-Day War lasting from 5 to the 10th of June 1967 caught Horodniceanu at the end of his first university year.

„After completing my military service, I started my Civil Engineering studies at Technion,  Israel’s Institute of Technology in 1966. I left for New York in 1970 with the idea of attaining a master’s in Engineering Management and got accepted at Columbia University, where I studied between 1971 and 1973. In the meantime, I was working for a large consultancy company (Berger Lehman, a subsidiary of Louis Berger International) where I specialized in transportation projects. In 1975 I got an offer to change my job and transferred to The New York Polytechnic Institute where I was a lecturer and research associate. It was there that I came up with a new approach to Transportation Safety by transferring the aerospace technology used by NASA to the civil transportation field. I also continued my studies and got my PhD in 1977. After graduation I kept working in the academic field until 1982”, the professor recalls.

While in New York, he looked for work in the phone book

When he arrived in New York with his wife, Michael Horodniceanu had no idea how he was he going to find a job and he didn’t know anybody to help him. So, he grabbed the phone book and started mailing resumes to all the companies that fit his profile - about 120 of them.

„After only a few interviews, just six, I got an offer from Louis Berger that I accepted and where I got a salary 20 % lower than what an American engineer got.

But here I managed to make myself useful through my maturity and professional attitude that was often above that of my colleagues who had greater technical experience. My life experience and the military service, including my taking an active part in the Six-Day War in Israel, my Technion technical studies, and the drive to succeed in spite of being an immigrant were the basis of my success.

When someone asks me how can you succeed fast in America, my answer is simple: slowly”, Dr. Horodniceanu says.

The academic career, more important than the money

But money was not his main goal in life. The continuation of studies and his academic career always mattered, even if they meant financial constraints:

„When I received an offer from The Polytechnic University of New York, in Brooklyn, as a lecturer and research associate along with the possibility to complete a PhD, I accepted the job without hesitation, even though it meant a 40% cut in salary. At that time, we had a three-year-old boy and another one on the way. For me it was very important that my wife approved of that decision. To my greatest luck, she said yes. It was very quickly that I realized how much lower  thesalary in the academic field was, <<low according to the budget>> as Caragiale said, and I came to the conclusion that I had to create a consultancy business to have a sound financial basis. So, together with some fellow academicians, I laid the foundations of that company and, in 1980, I left The Polytechnic University to run a new company called Urbitran.

At the same time, I accepted a job as an Assistant Professor at Manhattan College, another local university, where I stayed until 1982 when I devoted myself completely to the consulting career”. 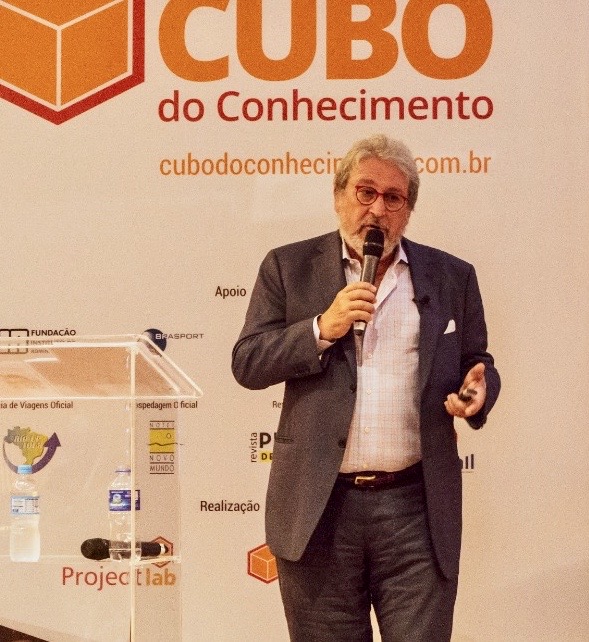 How was he named the New York transportation chief

While at Urbitran, Dr. Horodniceanu completed a lot of public transportation, traffic, and parking projects for the City of New York. These projects have substantially improved transportation in the largest American city. 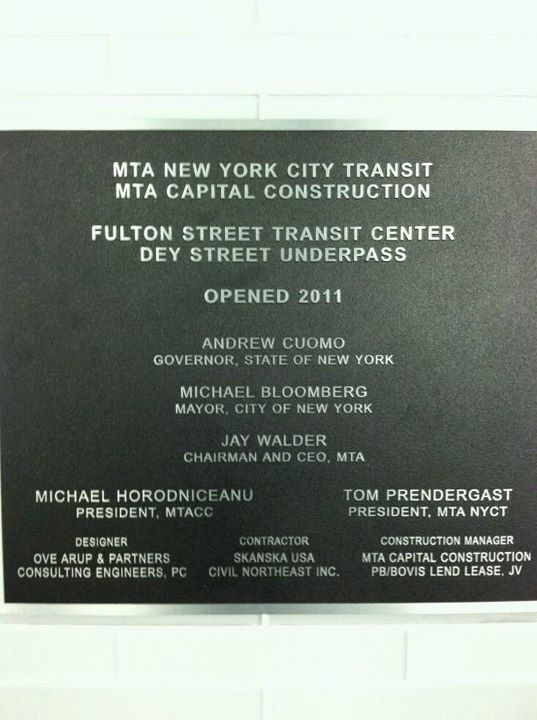 „In the summer of 1986 I found myself extremely surprised to find out that the mayor of New York City, Ed Koch, offered me the job of Traffic Commissioner, even though I had no party affiliation of any kind. His wish was to hire somebody with technical capabilities, not political ones".

While Traffic Commissioner from 1986 -1990, Horodniceanu was in charge of the construction of roads and underground infrastructure, including traffic and parking systems administration. He was also in charge of the New York City Traffic Police, a force comprising 2500 personnel.

„The Traffic Commissioner position also came with a salary cut of 40%. But now I was able to sell my share (25%) in Urbitran thus creating a financial basis that granted me independence. In 1990, when the mayor changed, my former partners invited me back to Urbitran. However, I had to borrow money to buy the shares I previously sold. Once again, my wife encouraged me to do so, even if it meant new financial obligations”, Horodniceanu explains.

After returning to Urbitran as CEO, during the next 18 years he increased the number of engineers and architects to 250 and took work not only in New York, but also in Connecticut, New Jersey, Florida, North Carolina, and California. 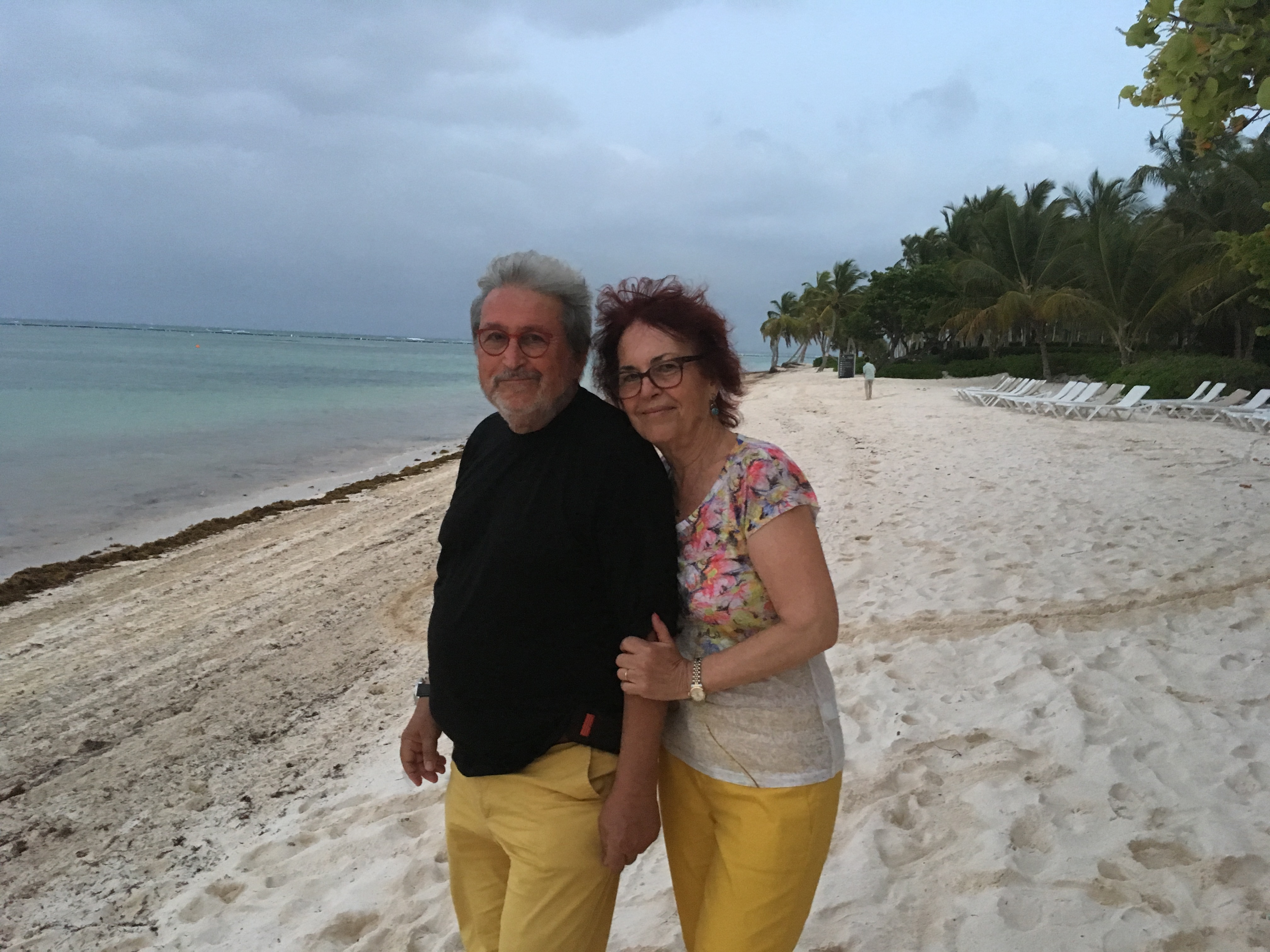 On vacation, with his wife, in the Dominican Republic Photo: personal archive

He coordinated the largest public project in the United States

In 2008 Dr. Horodniceanu got an offer to join the Metropolitan Transportation Authority as President of Capital Construction, the subsidiary that dealt with the large-scale underground mega-projects and had a budget of approximately 20 billion dollars.

The projects coordinated by Horodniceanu for the MTA include East Side Access (12 billion $), Second Avenue Subway (4.5 billion $), Number 7 Line Extension (2.4 billion $) and Fulton Street Transit Center (1.4 billion $). He also led the implementation of the MTA Capital Security Program, supervised  completion of the South Ferry Terminal, began the second phase of work for the Second Avenue Subway, and the initiation of Metro-North access to Penn Station.

The East Side Access project for the Long Island Rail Road is considered to be the largest public works project in the United States. 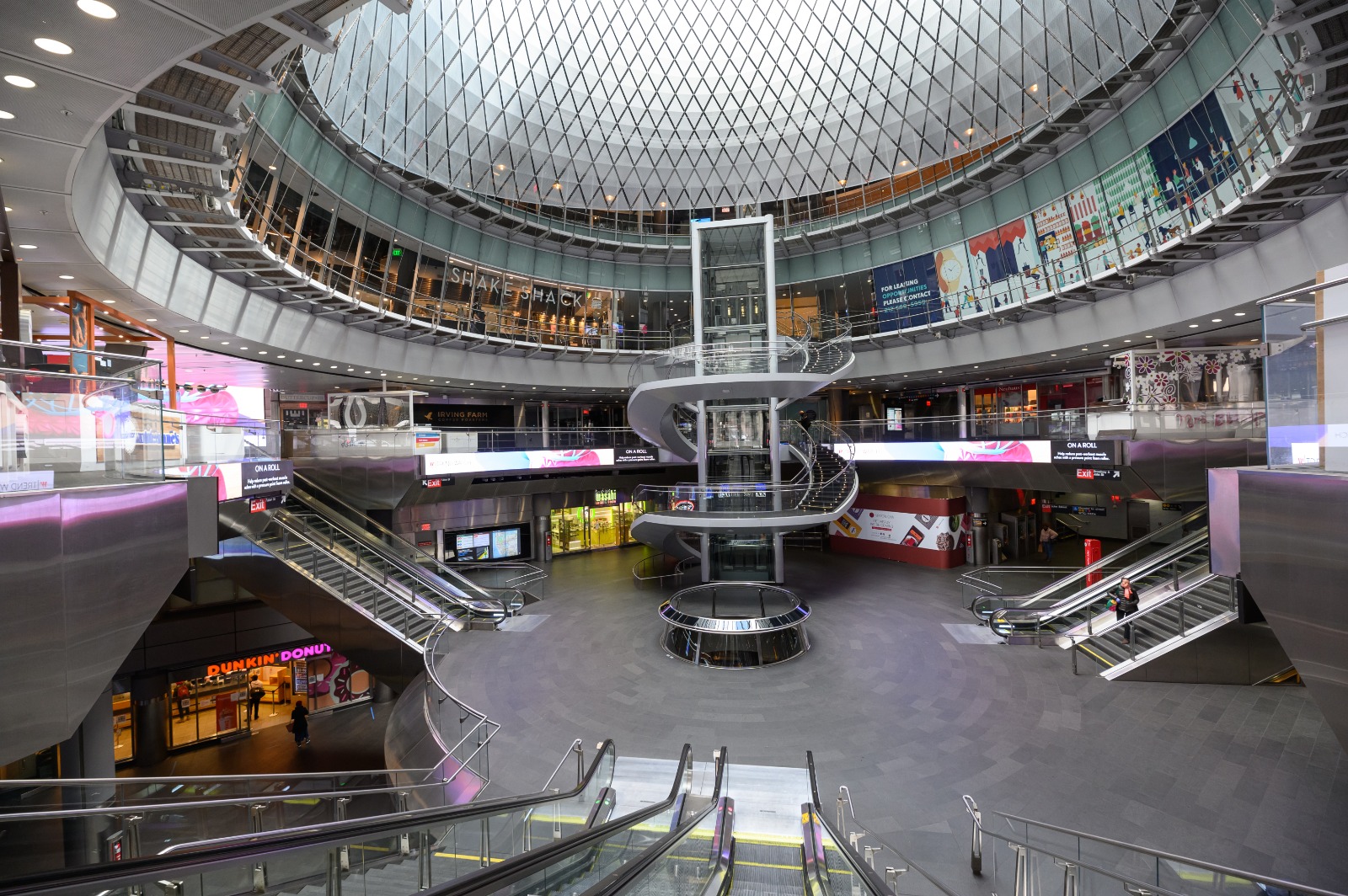 „The most important thing I have achieved is beyond doubt the development of the New York subway system. I can proudly say that I left New York a little bit better than it was when I first arrived in 1970. I consider this to be an important contribution for the City of New York and personally for my kids and grandchildren.

In 2017, after I managed to complete and inaugurate these mega-projects, I decided it was time to do something else and I got back to my academic career to share my experiences with a new generation of students. So, in 2018, I was granted the title of Professor and Director of The Institute of Design & Construction Innovation Hub at NYU Tandon School of Engineering”, Dr. Horodniceanu says.

Romania, the country he cannot forget

Even though he has an exceptional career in the United States,  Dr. Horodniceanu never forgot Romania. And now he has the opportunity to get involved directly in solving the transportation issues in Bucharest. 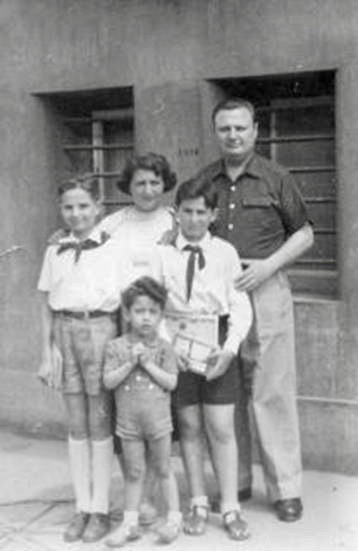 Michael Horodniceanu, with his parents, at the graduation of the primary school in Bucharest Photo: personal archive

„Romania is the place where I was born, grew up, and got the start of my education. It is impossible to forget this bond and the sentimental impact that contributed to my cultural development and especially human development. Even though I have not spoken Romanian in nearly 60 years, my ability to communicate in Romanian and other languages is a direct result of the classes undertaken in Romania”, Michael Horodniceanu confesses. 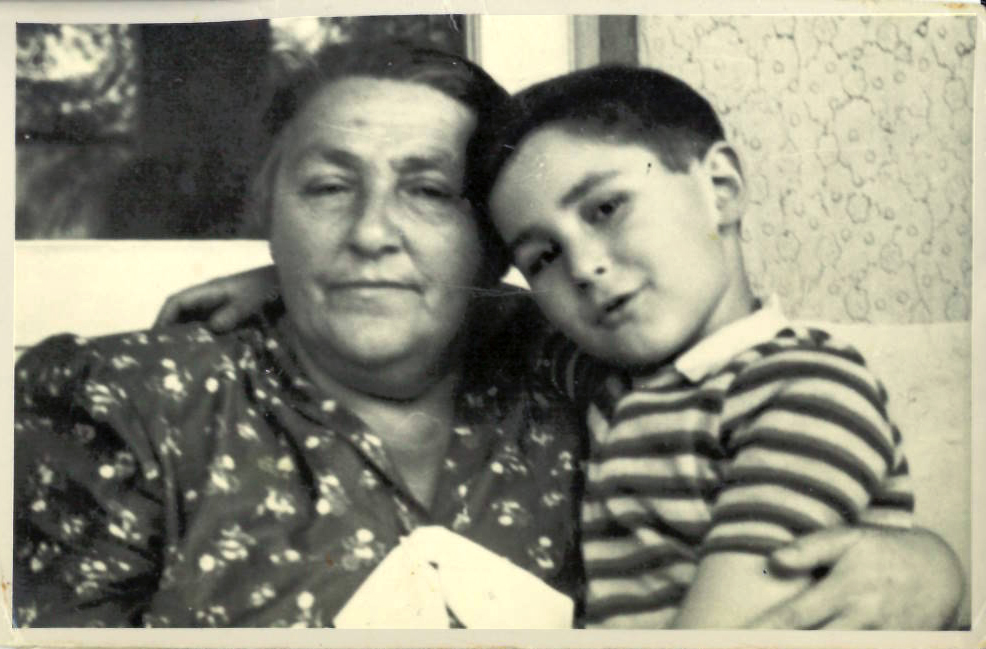 With his grandmother, in 1948, in Bucharest Foto: personal archive

The professor thinks that „Romania has many well educated and technically proficient young people and that the high tech field is a ground to be successfully exploited”.

„Our country needs to improve its infrastructure in order to become competitive in the European market”. He also says that Public-Private Partnerships must be encouraged. 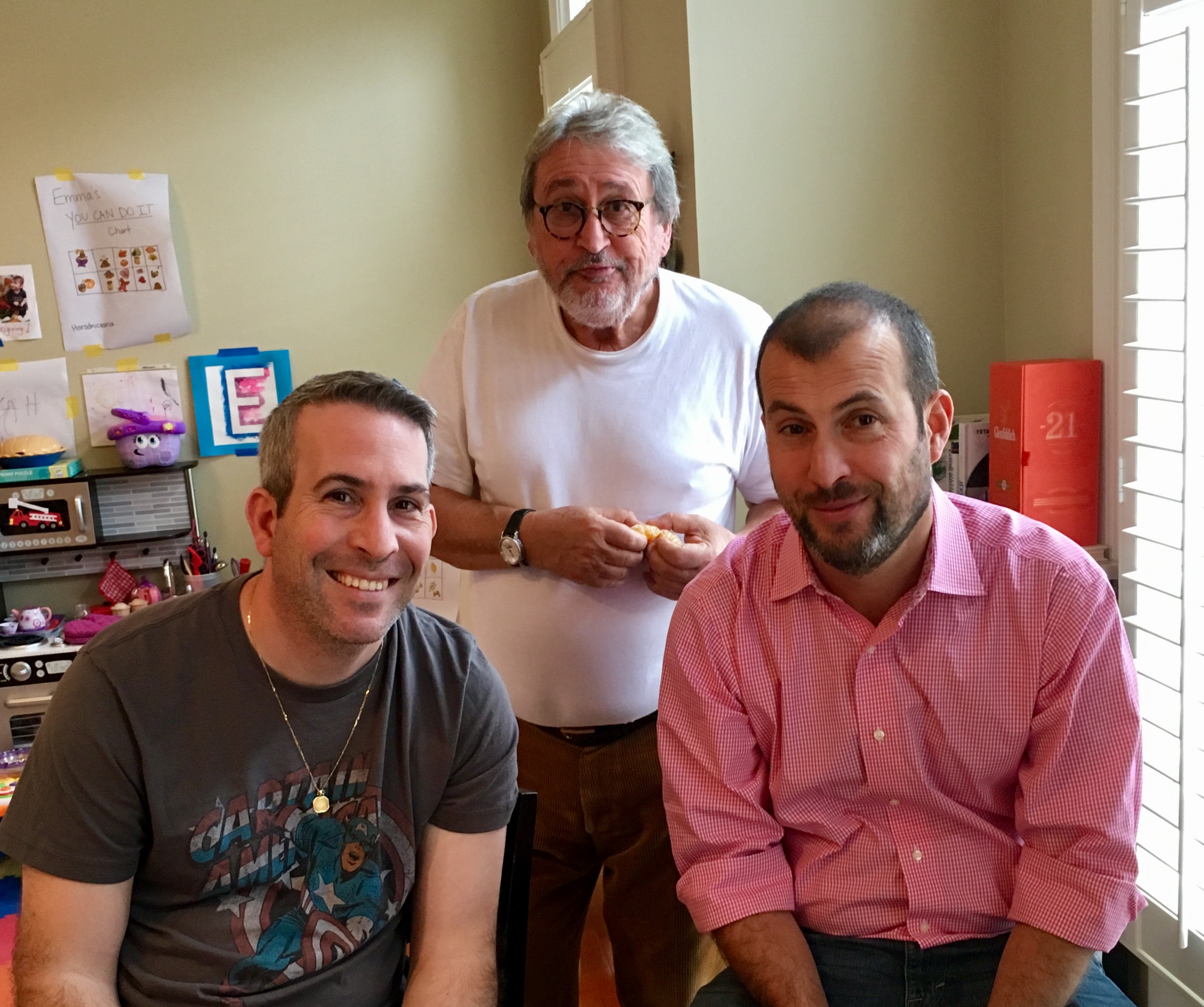 What must be done in Bucharest

When talking about the transportation in Bucharest, the professor thinks that the solutions to the problems of transportation are complex and require a detailed immersion of the general and local transportation particularities. „Before giving specific solutions, I need to do my research. But to me it is clear that the situation will require traffic, city planning, and transportation network management actions before making and implementing changes in the infrastructure that will require significant investments”, he says.

For now, he received a Bucharest traffic report put together by a consultant. Until Nicușor Dan is officially sworn in as general mayor, Dr. Horodniceanu will be kept updated by means of online video conferences so that he gets as much information as possible on the situation of Bucharest traffic.

„At first I seek to improve transport without the need of large-scale investments. The idea is that, to begin with, we will have to implement some operational improvements. It will be as a preparation for the infrastructure investments. Until then, we will have to operate some changes in traffic management. This is what I will talk about with Nicușor Dan, in order for us to be able to rationally move further. I wish to be able to get to Romania but, from what I see, I do not think this can happen before the New Year.

Meanwhile I will get involved from here, online. It is the most financially efficient solution because it involves no costs, I want to better understand the local situation, who is in charge of Transportation, in the townhall. In the coming period I will be in touch online with mayor Nicușor Dan. I will come up with some solutions, some ideas and he will make the final decision. For that he will need local support. I think that we can work together constructively”, Professor Horodniceanu said.